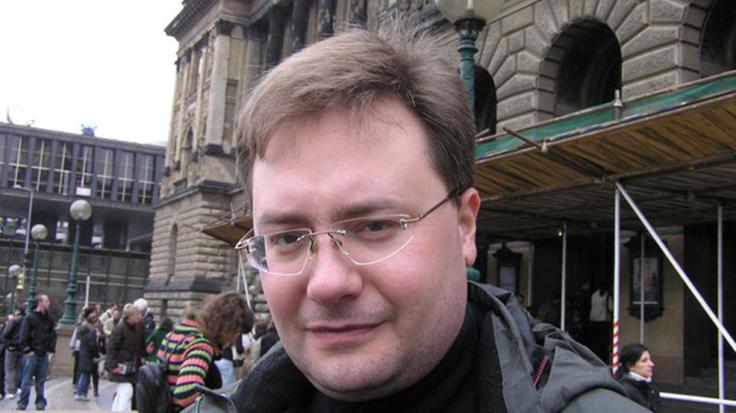 The Russian army is recruiting prisoners in penal colonies to send them to war in Ukraine, thereby violating inmates’ rights and creating an additional threat to the civilian population in the war zone as this would spark even more rape, murder, and looting, believes law professor and publicist Yevgen Tsybulenko.

The failure of the Russian blitzkrieg in Ukraine and the destruction by the Ukrainian Army of the best- prepared and combat-ready units of the Russian force put Moscow’s military and political leadership in the face of the question of where to get new cannon fodder for waging a long war, whose full-scale phase has been going on for the fifth month already. The authorities are afraid to announce general mobilization, as this could lead to an unpredictable reaction of the Russian population, therefore they try to contract more soldiers wherever it is still possible.

Even in Russian colonies, as per recent reports, prisoners are being recruited to participate in the war in Ukraine. This criminal decision on the part of Russian authorities further endangers the civilian population of Ukraine. Besides, the inducement of prisoners to participate in hostilities violates the Standard Minimum Rules for the Treatment of Prisoners (Nelson Mandela Rules) adopted by the Resolution of the UN General Assembly on December 17, 2015.

Russia’s Vazhnye Istorii online outlet reports on the recruitment of prisoners in the penal colonies of the Nizhny Novgorod Region, Mordovia, and the Krasnodar Territory for participation in hostilities in Ukraine.

Reports of prisoners being recruited for deployment to the front line

«Nizhny Novgorod region’s Penal Colony 5. On July 6, 22, about 10 people were taken away. The administration chief summoned in the morning, then the PMC representatives and a general arrived the same evening. 10 minutes after they were summoned, their stuff was already packed. Some were taken away and some were isolated in a prison hospital. Some of those with combat experience were never summoned», one of the reports says.

The Meduza publication also reported, referring to the Gulagu.net portal, that some “plain-clothed” operatives also came to the correctional institutions run by the Federal Penitentiary Service of Mordovia, summoned those who have some combat experience, offering them to go to the war.

Relatives of those serving sentences in penal colonies Yablonevka 7 and Obukhovo 6 in St. Petersburg reported that on July 4, prisoners were offered to join Russia’s war against Ukraine in Donbas as part of the Wagner PMC, promising a RUB 200,000 pay alongside full pardon. Two days later, about 40 Yablonevka prisoners were brought to the Rostov region, while another 11 were taken from Obukhovo (their current whereabouts remain unclear). Whether the prisoners wanted this or not, no one asked.

The involvement of prisoners in hostilities, albeit as part of PMCs, speaks of the complete degradation of the Russian armed forces and the lack of manpower reserves to continue their war in Ukraine. The Russian authorities violate a number of UN regulations on the treatment of prisoners.

This goes against international legal norms

In accordance with the international law, prisoners’ work shall not cause them suffering, while these people are set to be turned into cannon fodder. Also, no prisoner is obliged to work for anyone’s personal benefit, but it is precisely what PMC leaders want to take advantage of.