Opinion: Dmitry Muratov's act should become an example for Russian and Western intellectuals 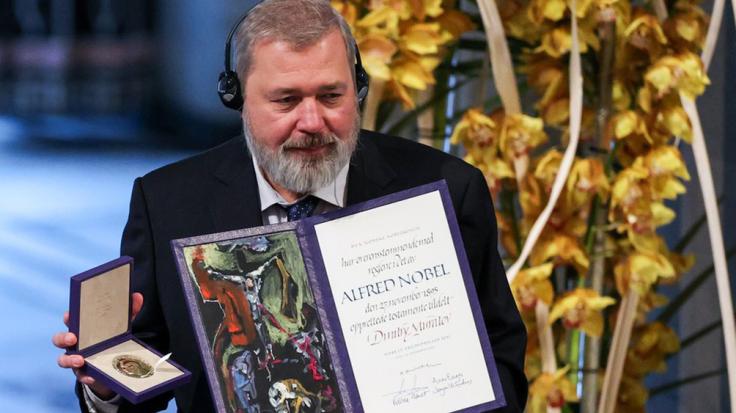 In a war, you can and should remain a decent person, and not a person from the cohort of "Putin's friends."

And the proof of this is the act of Dmitry Muradov, editor-in-chief of Novaya Gazeta. His 2021 Nobel Peace Prize medal was sold at auction in the US for $103.5 million. This was reported on the website of the American trading house Heritage Auctions, which led the auction. The buyer's name is unknown. All proceeds from the sale of the award will go to the United Nations Children's Fund (UNICEF) to help Ukrainian refugee children and their families. The auction itself was timed to coincide with World Refugee Day, which is celebrated on June 20.

What would I like to note first of all against the background of such an act by Dmitry Muradov? First of all, this is an example for the Russian and Western intellectuals, for the most part, who are undecided about the war in Ukraine.

After all, it is obvious to all of us that the Kremlin relies not only on a powerful propaganda machine but also on intellectuals in many countries of the world.

The reasons for this phenomenon are the very generous payment of "labor" by the conditional "Gazprom", emigration nostalgia, revolutionary hobbies of the radical left (especially in Latin America), the veil of great Russian culture, etc.

All this has already led to the fact that everything “non-Russian” that exists in the space of the former USSR has ceased to be perceived at all. Russia is now implementing this idea in relation to its national outskirts, as well as to the countries of Central and Central Asia - the former republics of the USSR.

This is also the fundamental mistake of Russia in Ukraine and its misunderstanding of the Baltics. Russian autocrats, "sharpened" for the realization of imperial ambitions, dream of the Russian Empire 2.0 as a "Russian empire". And that is why any attempts by countries from the former sphere of influence to join other unions or initiatives - the EU, Three Seas Initiative, etc. - are so painfully perceived.

But in this context, I can give only one piece of advice to “European intellectuals”: ​​it's time for you, dear gentlemen, to start perceiving countries from the orbit of the former USSR - Ukraine, Kazakhstan as independent and active players. It won't work any other way...