Opinion: The aggressive policy of the Kremlin “breathed new life” into the Three Seas Initiative (the 3SI) 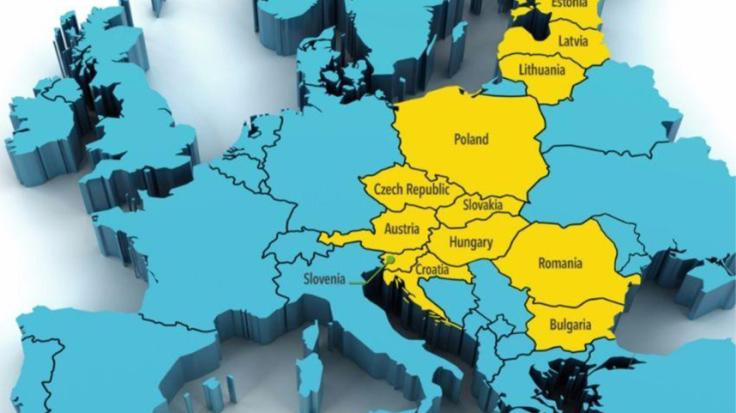 Thanks to the so-called "special military operation in Ukraine" the Kremlin continues to achieve absolutely opposite results for itself on the geopolitical map of the world.
As a separate track in this context, we can consider the role of Russia's aggressive policy in activating the processes of creating various kinds of local unions that are more stable and adapted to new challenges.
And there is no doubt that such regional alliances are becoming more and more popular and in demand in the modern world.
One such alliance is the Three Seas Initiative, also known as the Baltic-Adriatic-Black Sea Initiative or the 3SI, which is an association of twelve EU states located in Central and Eastern Europe, and Ukraine as a partner (since June 20, 2022). The territory of the participating countries has access to the Adriatic, Baltic, and Black Seas.
Of course, Russian propaganda sees in such initiatives almost attempts to create a huge empire, while at the same time Russia itself is trying to restore the Russian Empire, and by violent means.
Initiatives like the 3SI are primarily a response to new economic realities. The search for new logistics routes, the diversification of fuel supplies, and the “digital economy”, all of these targets make countries that have been on the economic periphery for a long time in demand. And it is precisely the role of transit countries, such as Ukraine, in such unions that is growing significantly.
The possibility of development and infrastructure based on new principles and technologies is what attracts the participants of such unions. First of all, these are projects in the energy sector, new transport flows, "green corridors" for food exports, and the migration of people.
There is no doubt that such local unions, as systemic formations, are more resilient and adapted to the new reality and risks, which have become especially aggravated against the backdrop of aggressive Russian policy.
And it is the 3SI, as a modern initiative, with its democratic character and focuses on enhancing economic ties and developing new infrastructure projects, already with a new member - Ukraine has all chances to become one of the main local alliances, and again mostly thanks to so-called "Special Military Operation".