Sudan-South Sudan's Rapprochement Back on Track Let's not Lose the Momentum - Time for Action! 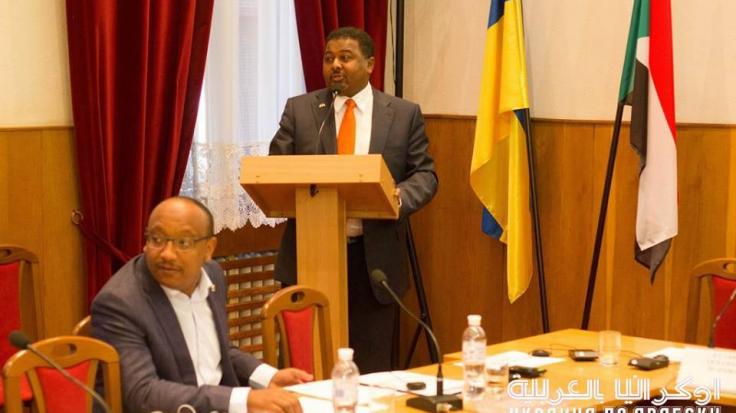 Just like the multitude here and there, overwhelmed with emotions, tears spontaneously streamed down my face, watching a majestic and perhaps a long awaited scene, unfolding in the short report of Al-Jazeera TV, of the big crowd of people, led by their respective local leaders, marching in confidence to cross ‘Joda’ border check point, from the two opposite directions of the border , laughing, crying, dancing and embracing one another, in an indisputably historical moments of sincere jubilation and spontaneous delight .

Just like the multitude here and there, overwhelmed with emotions, tears spontaneously streamed down my face, watching a majestic and perhaps a long awaited scene, unfolding in the short report of Al-Jazeera TV, of the big crowd of people, led by their respective local leaders, marching in confidence to cross ‘Joda’ border check point,  from the two opposite directions of the border , laughing, crying, dancing and embracing one another, in an  indisputably historical moments of sincere jubilation  and spontaneous delight .

The scene was a natural corollary of Sudan's President Omar Al-Bashir's  landmark decree, which in fact took many observers by surprise, to open borders with South Sudan, to allow free movement of people and goods between the two countries, for the first time since the South seceded in 2011. Just shortly prior to that, President Kiir has disclosed that he had dispatched his personal special envoy to the Sudanese capital, Khartoum, to convey to President al-Bashir his desire to normalize ties with Sudan.

President Al-Bashir’s latest initiative comes in conformity with Sudan's longstanding history of unrivalled tolerance and warm hospitality towards refugees from neighboring countries. However, it was unmistakably evident, towards refugees from South Sudan. Sudanese President, responding to the influx of traumatized refugees , escaping battles and impeding famine in their country, has directed in 2014 that refugees from South Sudan, are to enjoy the same treatment of Sudanese citizens ,  in other words; maintaining  Sudan's open-border policy and continue to consider South Sudanese refugees as “brothers and sisters”, allowing them in principle, to enjoy the same rights as Sudanese citizens, including the freedom of movement, access to employment and public services, in what has been regarded as a unilateral implementation of the Four Freedoms Agreement with South Sudan.
Such reciprocal acts of cooperation,  produced a 'virtuous cycle' of call and response between the Sudan and South Sudan; following President Al-Bashir directives  to reduce the transit fees for the oil produced in South Sudan, President Kiir reciprocally, ordered his army to withdraw from border with Sudan to 5 miles .Sudan’s President Al-Bashir, went further extra mile, announcing the   resumption of the river transport to Juba, which represents a sort of a  'life line' to the landlocked South Sudan, ending a four-year of total paralysis, of river transport between Kosti and Juba.
If cultural similarities on either side of the international border, is by and large,  a universal phenomenon, they are however, evidently more pronounced in the case of Sudan –South Sudan border: Ethnic and linguistic similarities, do exist along the (2000 kms) long boundary, bolstered over the years through inter-marriages and trade partnerships.

The amazing distinctive trait shaping this common borders, however, is that they encompass more than 70% of the total population of the two countries, and almost 90% of their respective natural resources .Thus, it remains fallacious, any attempt to engrain in the minds of these people along the border, the notion of “Berlin Wall” to keep them at odd, separate poles. That is why; they deserve reciprocal cordiality for stability and progress. In other words, people to people ’soft power’ enhancement, is proved to be effectual worldwide, as it could provide a broad based stability in the bilateral relations in the coming years.

The economies of both countries continue to suffer a severe downturn as a result of, inter alia, the loss/drop in the oil revenues, with South Sudan depending on oil for 98 per cent of its revenue. In other words, the viability of the two states is increasingly contingent upon ‘the unhindered’ flow and streamlining of oil from the fields in South Sudan, to the export terminals in Port-Sudan. Dr. Barnaba, the by- then, Minister of Information and Broadcasting in Juba, in an interview with CCTV in September 2012 has said "… For the viability of the two states we need this oil to be exported. The viability of the two states depends on good cooperation... enhancing trades... allowing free movement of goods and services between the two countries …”
There should be no mistake, that it is very much in the interest of Sudan, to have neighbors that are thriving especially South Sudan, because it would translate in good progress for Sudan as well. Sudan cannot enjoy the fruits of peace when its immediate neighbors are in conflict. That is why; Sudan had no option, than playing a more proactive role in building peace in South Sudan, 'par contre' protects its own interests. Khartoum is increasingly aware that in the mid-and long-term, its direct security and economic interests are closely tied to the promotion of stability in South Sudan, and Juba should not think the otherwise.
Drawing the lessons from setbacks and failures in the last four years, President Al Bashir has once made it clear in Juba; the policy of destabilization of each other, is grossly counter-productive and self-defeating, and therefore must not be pursued by both the countries. Africa’s poorly demarcated boundaries, are still potent sources of inter-state conflicts; porous boundaries serve as conduits, by which intra-state conflicts spill over to Africa’s regions, stable countries make strong regional entities. The civil war in one country could undermine social cohesion, political stability and economic prosperity in the region. It is therefore in the best interest of the Sudan and the East African Community at large, that South Sudan remains stable.

Tension provides the ideal opportunity for war profiteering and sinister forces, to fish in the troubled waters; to watch us, ruffling each other’s feathers, thus feeding the beast than starving it. We should be collaborators rather than fierce competitors getting to each other's hair. To call a spade spade, it is high time, to abandon the policy of Sudan’s loses are South Sudan’s gains and vice versa.
The exchanged good gestures between the Khartoum and Juba, stand as evident of the wisdom and strong political will of both leaderships , they do help in fueling optimism on the potential colossal peace dividends, besides, paving the way for further constructive engagement between the two neighboring states, to transcend contrived differences, implement the cooperation agreements of September 2012 , bridge any trust deficit using formal diplomacy and the levers of trade to build with, for the very betterment of the two peoples.
Let’s not lose the current momentum, immunize and uplift  relations beyond tactical rapprochement, into  more permanent and win-win arrangements . Let the year 2016, go down in history as the year in which we came together, to make good on our promises. In his recent interview with Al-Watan Newspaper in February 2016, Ambassador, Magdi Mofadal, the deputy head of mission, of Sudan Embassy in Juba, said “ the true implementation of the cooperation agreement signed in 2012 , assists in transforming the relationship marred by suspicion and mistrust, into  a new  stage  of cooperation and strategic partnership”
Khartoum and Juba only need peace, in order to utilize and divert their mammoth potential capabilities, from warfare to welfare. It is high time to transform our border areas, from a major source of conflict and instability, into building blocks for growth and socio-economic integration, from barriers to bridges of integration and cooperation. The future of the troubled borders, once defined by conflicts, are by all means, and unmistakably, fitted for a new era, of mutual exchange of interests and benefits.