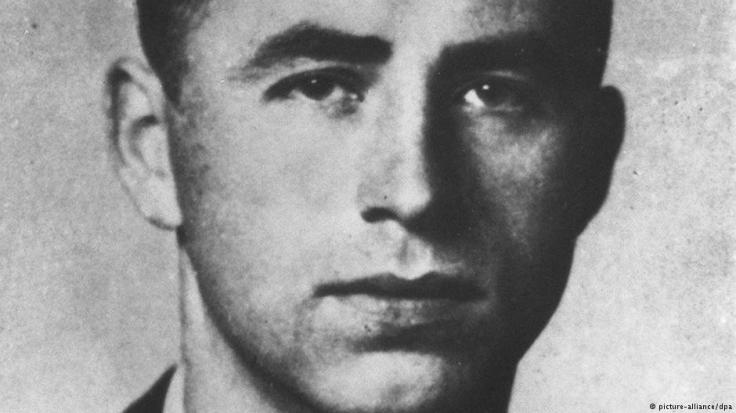 A French magazine has said that Austrian-born SS commander Alois Brunner died in a squalid Damascus cellar in 2001. The final days of one of the most notorious Holocaust figures have remained an enigma for decades.

Brunner, who was found responsible for the deaths of an estimated 130,000 Jews during World War Two, lived his last days locked up in a Syrian jail cell, the quarterly magazine Revue XXI reported on Wednesday.

The revelations by two of the magazine's journalists contradict previous reports that he had died in 2010, instead suggesting his passing had happened nine years earlier, at the age of 89.

Brunner, who was leading Holocaust architect Adolf Eichmann's right-hand man, was in charge of the Drancy camp north of Paris during World War Two, from which Jews in occupied France were sent to death camps in Germany and Poland.

Tried in absentia in France in 1954, Brunner was sentenced to death for crimes against humanity.

After the war, he fled to North Africa and then Syria where he lived under government protection, according to leading Nazi hunters.

The French journalists described how Brunner had effectively been an employee of the Syrian leadership, responsible for training the top level of intelligence services staff. He allegedly passed on torture and interrogation methods developed by the Nazis.

But in July 2000, when current Syrian leader, Bashar al-Assad, took over from his father, he was detained for "security reasons" and confined to a cell, later dying in deplorable conditions, the report said.

The French journalists interviewed three ex-members of the Syrian secret service, who said Brunner remained until the end an unrepentant Nazi and anti-Semite.

One of his guards said the war criminal, who went by the name of Abu Hussein, "suffered and cried a lot in his final years, everyone heard him."

"Once he was in the room, the door was closed and never opened again," his former guard Omar told Revue XXI.

Israel on his tail

"We are satisfied to learn that he lived badly rather than well," French historian and Nazi hunter Serge Klarsfeld told French news agency AFP in response to the new report.

Previously, witnesses had reported to have seen Brunner still alive in Damascus as late as 2003.

The Nazi-hunting Simon Weisenthal Center previously cited German intelligence officials as saying that Brunner had died in 2010, but had never been able to forensically verify his death.

His final years had remained a mystery for decades and the latest revelations have led to media speculation about why the Syrian regime sheltered former SS commander for nearly half a century, and then allowed him to go through a painfully, slow death.