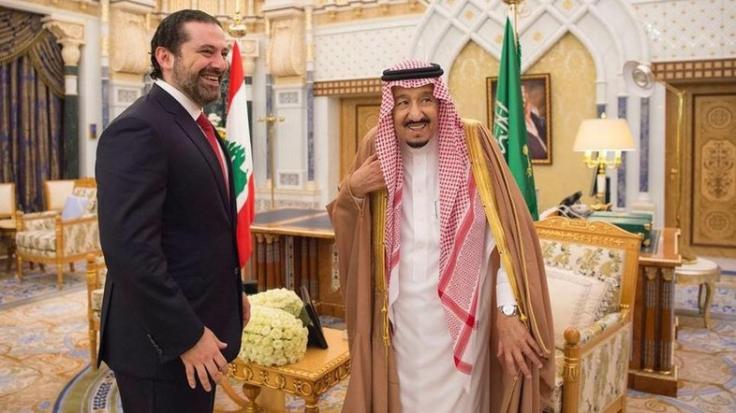 Hariri was received at the airport by Saudi royal court advisors

Lebanese Prime Minister Saad Hariri arrived in Riyadh on Wednesday and met with King Salman for the first official visit to Saudi Arabia.

According to a statement from his office, Hariri was received at the airport by Saudi royal court advisor Nizar al-Aloula, Advisor Waleed Abdullah Bukhari, Minister Plenipotentiary at the Foreign Ministry, and Lebanese Ambassador to the Saudi Kingdom Fawzi Kabara.

Hariri is scheduled to meet during his visit, duration unannounced, with King Salman and Crown Prince Mohammed bin Salman.