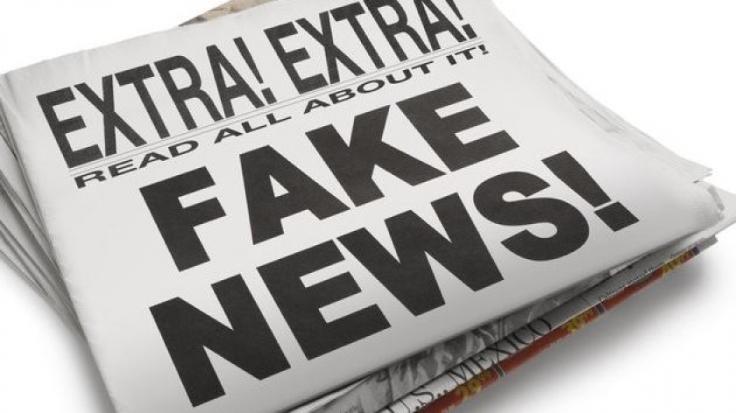 The defense officials alleged that patients with mental disorders had been used to test biological drugs that could be potentially hazardous, while hospital staff signed an NDA about the experiments that were never filed in the patients’ records.

Russia just keeps inventing fake stories of “biological weapons” that the Americans are allegedly developing in Ukraine. This time, Igor Kirillov, chief of Russia’s Radiation, Chemical and Biological Defense Force, claimed that American scientists based in a laboratory in Merefa, Kharkiv region, had been experimenting on patients of a Kharkiv psychiatric hospital.

The defense officials alleged that patients with mental disorders had been used to test biological drugs that could be potentially hazardous, while hospital staff signed an NDA about the experiments that were never filed in the patients’ records.

There are multiple reasons to state that this is an outright fake. Let’s start off with the easy one: no evidence was provided whatsoever. Kirillov refers to some anonymous witnesses, providing no clues as to who they are or where they work. Secondly, the Kharkiv Regional Psychiatric Hospital is located in a city where Russian troops have never invaded, so even theoretically they could not gain access to patient records. And most importantly, the very statement about the laboratory for the study of pathogens and animal diseases is false as the facility was never built despite plans to do so. The plans were never put to life, as confirmed by the local administration’s website where the press service says the project had been terminated back in 2013. So there can be no evidence as there’s simply none.

Russia stubbornly continues to claim that the Americans have been developing biological weapons in Ukraine, although such allegations were denied by both President Volovymyr Zelensky, Ministry of Health, a State Department official, U.S. Embassy in Ukraine, SBU Security Service, and even the UN, which has found no evidence that Ukraine or the United States violated the Convention on the Prohibition of Biological and Toxin Weapons, which Ukraine has signed and complies with.

There are no and never were any laboratories in Ukraine, controlled by the Pentagon. But there are laboratories that are part of the Nunn-Lugar Program, the American project for the reduction of weapons of mass destruction that’s been in place since 1993 in the countries of the former USSR, and its continuation, the Biohazard Reduction Program. They were equipped and partially rebuilt with the Pentagon money. In fact, the program, under which funding was allocated from the DoD budget for Ukrainian laboratories, had a simple goal: to prevent the spread or production of biological weapons. They were also aimed to help prevent accidental leaks from laboratories that were in dire need of modernization, and, finally, to support Ukrainian science, which studies various local diseases, and to exchange experience and research data. Their existence was never a secret. The signs on their buildings clearly indicate that they were built with American money.

All Russian accusations of Ukraine developing biological weapons to exterminate the Russians are fictional and nonsensical. The ridiculous claims of the planned use of birds, reptiles, or rats to bring the virus to the Russian territory (as previously claimed by the Russian defense officials) aren’t even worth refuting.

Moreover, Russia is just as well aware of what the post-Soviet system of laboratory centers is, how they operate, and what kind of research they are engaged in, so it is unlikely that Russian generals actually believe in what they publicly say at briefings. So this disinformation has a purpose. And this purpose, as both Ukraine and the West fear, is obvious: Russia regularly accuses other nations of what it does itself.