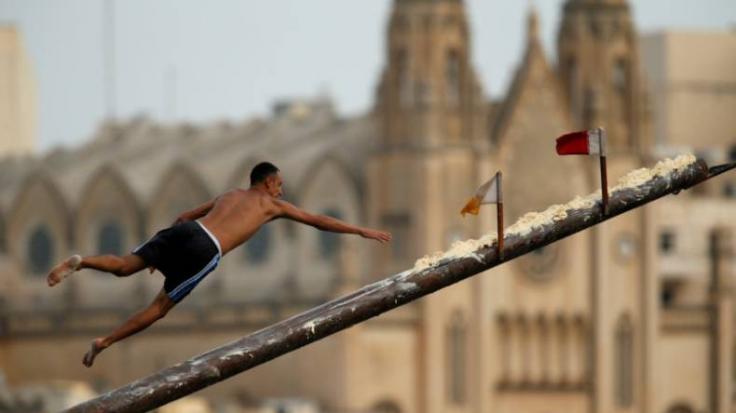 Men often get injured in an attempt to win opponents.

The Maltese celebrate the feast of St. Julian, who is the patron of travelers and keepers of inns and was especially revered by the Order of Malta (Hospitallers) from the 15th century.

On this day in the cities are mass celebrations. One of the traditional entertainment is the "gostra". The essence of the competition is that competitors must unroot the flags located at the top of the 19-meter-thick log, smeared with fat.

Men often get injured in an attempt to win opponents.